1. What is abuse and what is sexual abuse? 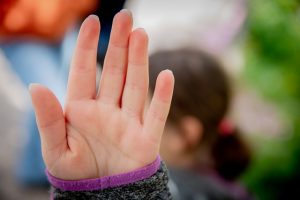 What is abuse and what is sexual abuse?

Abuse is a form of maltreatment of a child. Somebody may abuse a child by inflicting harm or failing to act to prevent harm.

The child might be abused by an adult or another child or children. A child can also abuse or harm her or himself.

There are many types of abuse. Some include

The KMS App will focus on Sexual Abuse.

Some professionals use the term sexual violence some use sexual abuse. Both terms can be used to describe sex acts that are non-consensual and that occur to children and young people or vulnerable adults. These acts are both abusive and violent.

What is Sexual abuse? 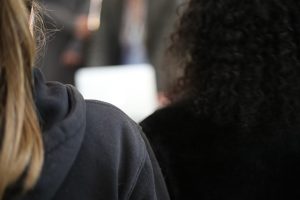 Contact abuse is when a young person is touched in some way by the abuser.

Contact abuse can involve kissing, touching and oral sex, it is not just penetrative sex.

This is where a young person is being abused without being touched by the abuser. This can be in person or online.

Grooming is when someone builds a relationship, trust and emotional connection with a young person so they can manipulate, exploit and abuse them. Young people who are groomed can be sexually abused, exploited or trafficked.Anyone can be a groomer, no matter their age, gender or race. Grooming can take place over a short or long period of time – from weeks to years. Groomers may also build a relationship with the young person’s family or friends to make them seem trustworthy or authoritative.

Young people can be groomed online, in person or both, by a stranger or someone they know. This could be a family member, a friend, a partner or someone who has targeted them like a teacher, faith group leader, youth worker or sports coach. Anyone who has access to a young person could groom them.

When young people are groomed online the groomers hide who they are by sending photos or videos of other people. Sometimes this’ll be of someone younger than them to gain the trust of a peer.

Groomers can use a number of different tactics when grooming young people. The relationship they build with the young person can take on many forms, examples include…

A groomer can use the same websites, apps and games as young people, spending time learning about a young person’s interests and use this to build a relationship with them. Young people can be groomed online through…

Groomers may also try and isolate young people from their friends and family, making them feel dependent on them and giving the groomer power and control over them. They might use blackmail or make a young person feel guilt and shame or introduce the idea of ‘secrets’ to control, frighten and intimidate.

It is important to remember that young people may not understand that they’ve been groomed. They may have complicated feelings, like loyalty, admiration, love as well as, distress and confusion.

It can be very difficult to tell if a young person is being groomed – the signs aren't always obvious and may be hidden. They might behave in a way that seems to be "normal" teenage behaviour, masking underlying problems.

A young person is unlikely to know they've been groomed. They might be worried or confused and less likely to speak to an adult they trust. If you're worried about a young person and want to talk to them, we have advice on having difficult conversations

Grooming can have both long and short-term effects. The impact of grooming is different for everyone and can last a lifetime, no matter whether it happened in person, online or both.

A young person might have difficulty sleeping, be anxious or struggle to concentrate or cope with school work. They may become withdrawn, uncommunicative and angry or upset.  Symptoms may include:

Someone consents when she or he “agrees by choice…and has the freedom and capacity to make that choice.”

There are no grey areas when it comes to consent for example:

To learn more about consent visit this Sexual Consent info page and take a look at this video.